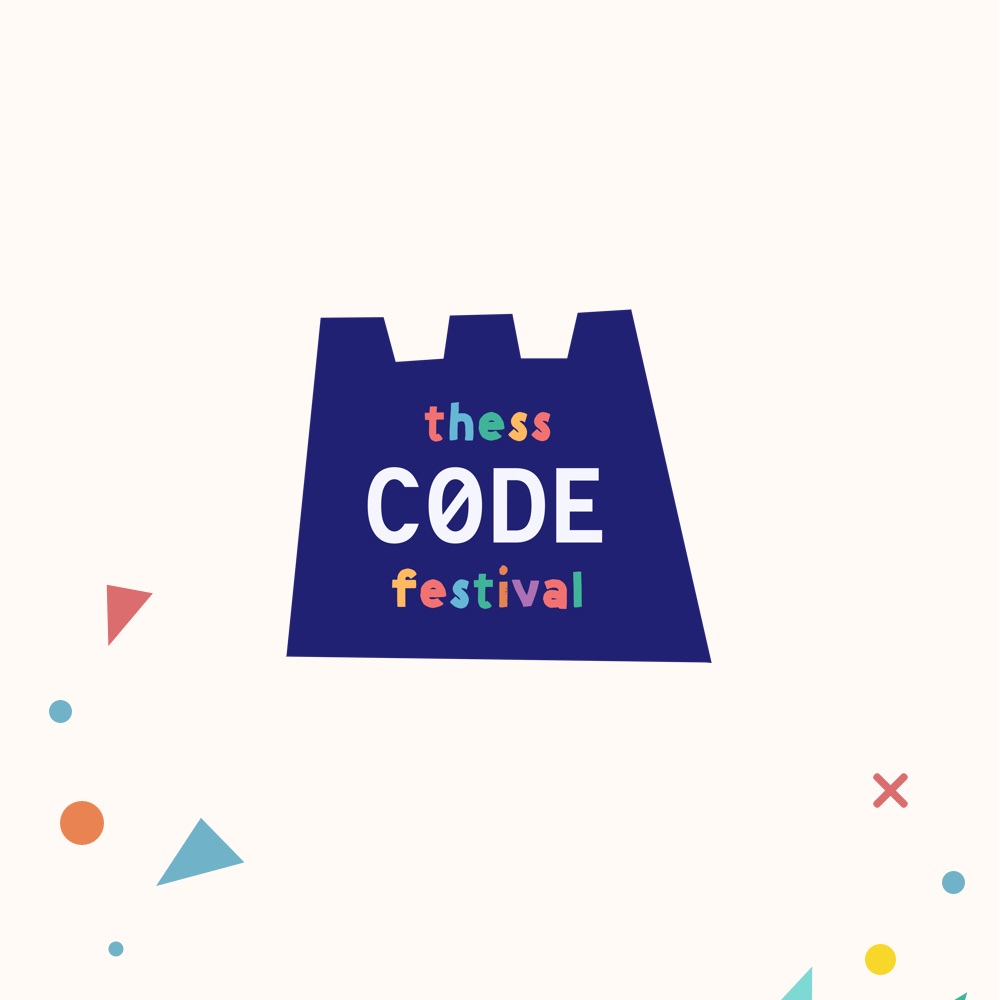 Thess Code Festival was organized by the Greek Computer Society and took place in the context of European Code Week 2017, in Thessaloniki, Greece. It gave kids age 6 to 18 the unique opportunity to create their own games and mobile applications and become familiar with wearables, augmented reality, robotics, and the IoT.

For the logotype, in order to represent the playful, creative, and fun side of technology, we used a lego-like brick in conjunction with a childish, colorful font. The shape and color of the brick refer to the White Tower of Thessaloniki (a well-known landmark of the city), as if it was drawn by a kid. Apart from the logotype, various promotional material were also designed (e.g. social media banners, posters, banner, flyers, stickers). Moreover, designs for kids’ and volunteers’ t-shirts and notepads were also created.